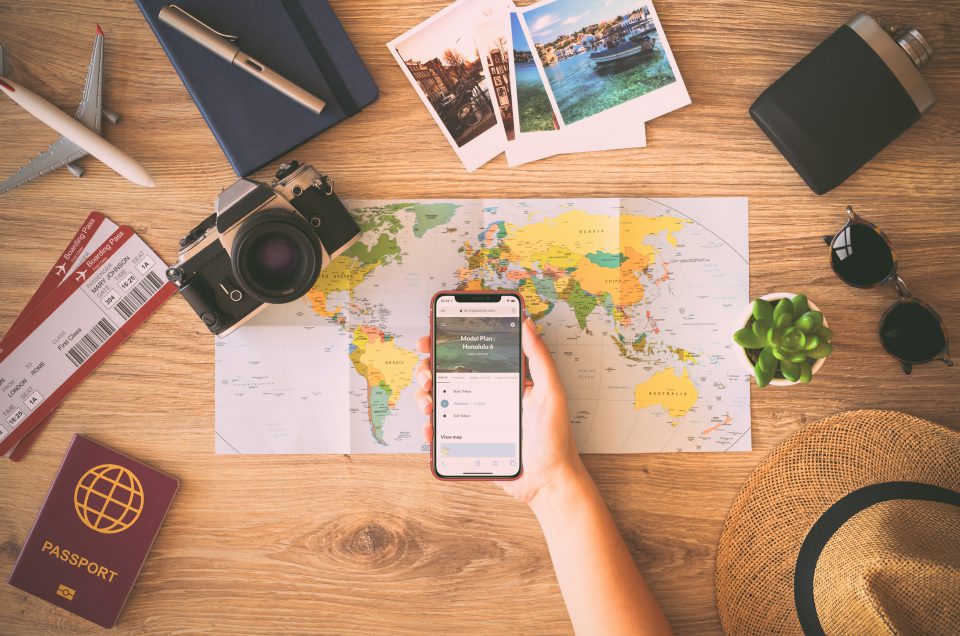 (1) How to access http://www.jal.co.jp/inter/makana/index.html
(2) Established in 2012. Acquired more than 25 patents, and in 2016 received the Brand USA Marketing Innovation Award at a travel digital conference sponsored by Focus Light, a leading global travel research company.
(*3) A service that enables rapid localization by retrofitting it to existing systems, websites and applications. The service offers a combination of AI-equipped machine translation, bilingual glossary and professional translation.

By telling “Makana-chan” your itinerary for a trip to Hawaii, the number of people and what kind of sights you like to see, etc., the system will automatically and instantaneously generate and propose the optimal itinerary based on your plans and preferences. This was made possible through Altitude Incubation’s support of the development of the system in Japan, by introducing the proprietary automatic itinerary generation technology developed by the Silicon Valley start-up company inspirock(2). In addition, Wovn’s high-precision localization function, “WOVN.io(3),” has made it possible to provide “inspirock” technology in natural Japanese, which had not been previously deployed in Japanese. Also, IBM Japan expanded the chat function of Watson and built a system to use the itinerary creation function (JALTrip Planner) from Makana-chan.

JAL can now further develop and apply its AI chatbot through collaboration with a start-up company that possesses cutting-edge technology. JAL will continue to actively push the limits of creation of new value in order to improve customer satisfaction during travel.